Held a week early for some strange reason but it was a great day for a parade, cold but not enough to chill spirits.

Hearty members raising the spirits of the crowd with some Christmas Classics on a cold day in Morrisburg.

We survived the parade with minor valve lockups though the Bass needed some extra help from a sleeping bag! 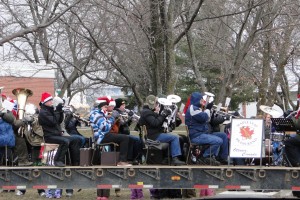 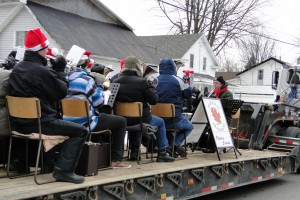 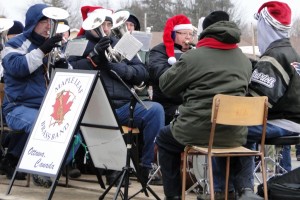 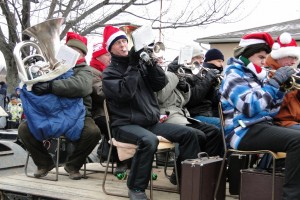 Music and Beyond Festival at Saunder’s Farm in Munster – July 15, 2012 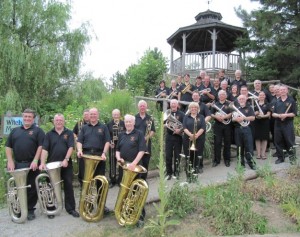 What a good looking, happy ensemble!! 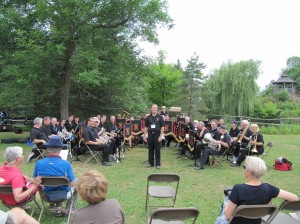 Full Band under a shade tree 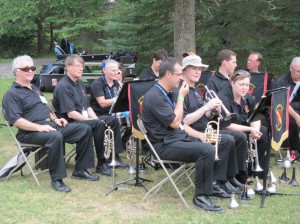 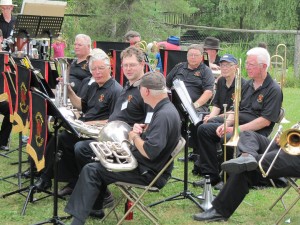 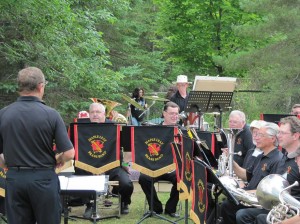